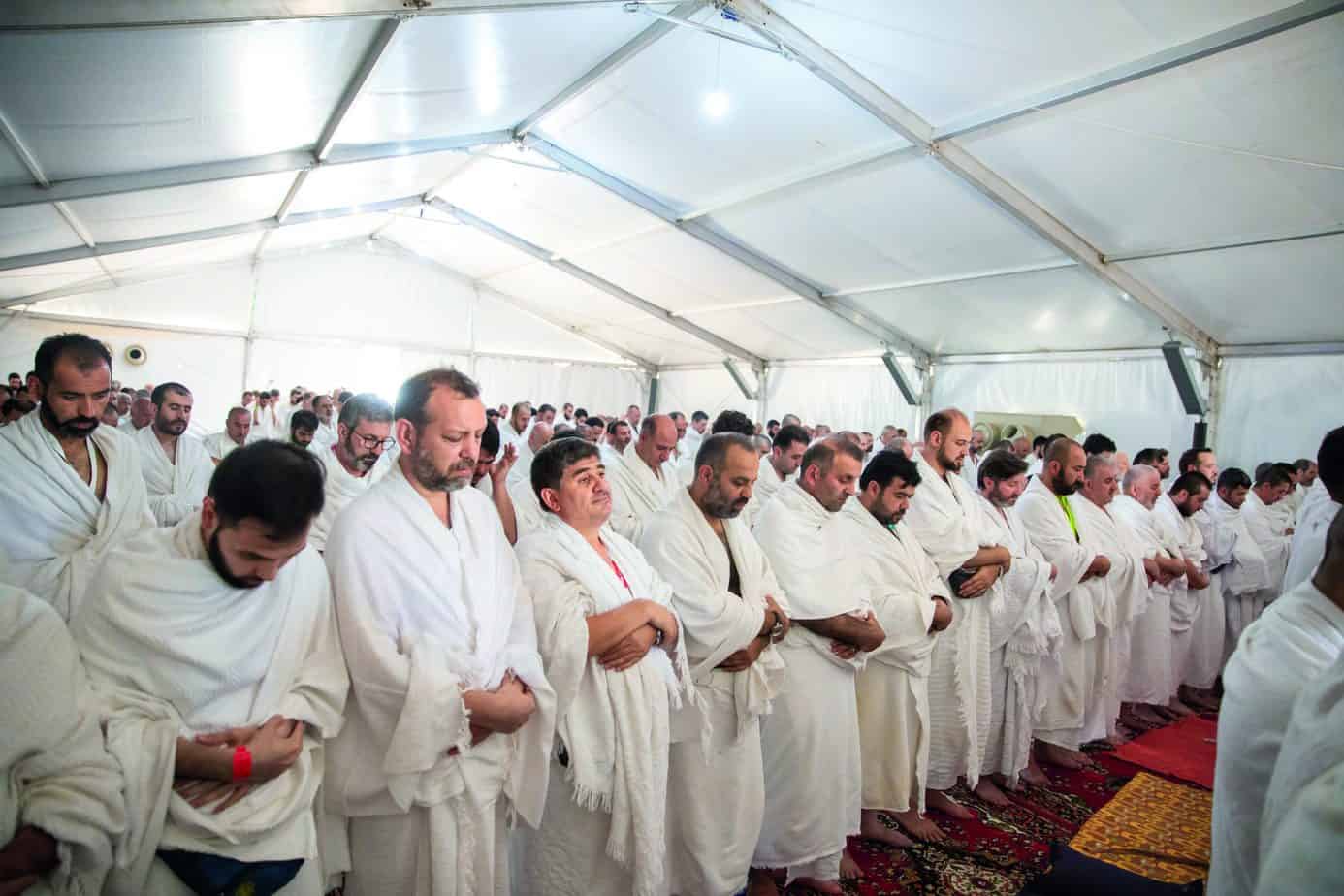 The chairmen of various IGMG departments and pilgrims’ group leaders gathered in Cologne for a review of the past Hajj-Umrah travel year. Main focus of the 2019 annual meeting: New participants.

Murat Gül opened the annual meeting of IGMG’s Hajj-Umrah & Travels department with a recitation of the Holy Qur’an, a meeting that was designed to give delegates ample opportunity to exchange experiences, voice critique and make suggestions for further improvement.

In his keynote, Tahir Köksoy, chairman of the department, gave an ovierview of the developments in 2019. According to Köksoy, Irshad-sessions and tent programmes had played a major part. For the first time ever, students of theology had been given the chance to complete a traineeship during the Umrah. In Mina and Muzdalifa, pilgrims had been seperated into different groups to be taken care of and guided in accordance with the provisions of their respective schools of law. Köksoy also announced that a new branch of the IGMG’s head office was soon to be opened in an upper class hotel in Mecca. As of 2020, the branch would be operating year-round, Köksoy said.

The chairman also informed the delegates, that the preparations for the upcoming Umrah- and Hajj season had already been completed and registrations were possible as of now at the local chapters’ offices.

Köksoy highlighted the positive experiences with foreign group leaders during the 2019 Hajj. For the first time, services were offered in Arabic, Dutch, and German inter alia. Information brochures were available in seven different languages. Köksoy expressed the department’s intention to extend this service. The combined Umrah-Jerusalm programme would also be continued, Köksoy stated.

Drawing on the evaluation of questionnaires sent to the pilgrims and group leaders in the follow-up of the Hajj and Umrah, Köksoy pointed out that the efforts to enhance the quality of catering were still ongoing.

Surprisingly, many families had registered for the December-Umrah. “They can expect an extensive Irshad programme”, said Köksoy, who closed his keynote with some good news for all Jerusalem lovers: “We will continue our combined Umrah-Jerusalem programme. We’re going to send the respective group on their journey in the last week of December.”

Following Köksoy’s speech, the group leaders presented their reports, wherein they stressed the necessity and importance of cooperation for a better quality and an expansion of the target group.

Kemal Ergün, vice-chairman of the IGMG, was also present and addressed the delegates, thanking them for the commitment. The Hajj should not be viewed from an religious angle only, but also as a means to strengthen the brotherhood between Muslims, which should have an outlasting effect, Ergün said. “We have to see all participants as an enrichment and allow them to get to know our organisation. Many new participants were very satisfied with us and prayed for our community.” Ergün emphasised the need to stay in contact with these new participants even after the return. “We must look out for them, build a relationship and help them to fortify their identity”, Ergün said.

Any cookies that may not be particularly necessary for the website to function and is used specifically to collect user personal data via analytics, ads, other embedded contents are termed as non-necessary cookies. It is mandatory to procure user consent prior to running these cookies on your website.